RECALLING CHICAGO DAYTIME TV OF  A MUCH DIFFERENT ERA

Throughout it's long history, Chicago television has been host to some of the most informative, entertaining, and at times, outrageous talk shows. Late night television in Chicago was home to the informal "roundtable" discussions by guests "enjoying the lively art of conversation" on Irv Kupcinet and Kup's Show, originally called At Random on WBBM-TV and Robert Cromie's The Cromie Circle on WMAQ-TV.   NET and WTTW offering Book Beat on channel 11 to the more contemporary intellectually stimulating Chicago Tonight, first with host John Calloway and today with Bob Sirrot at the helm. 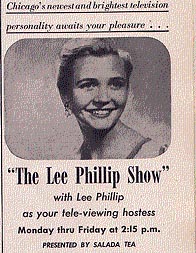 Local television in the afternoon gave Chicago homemakers Lee Phillip.  Lee would pinch hit for staff announcer Lucky North, one of the earliest feminine voices heard on WBKB in the late 40s and early 50s.  Red Quinlan, seeing how appealing Lee could be, began featuring her more and more.  However it wasn't until WBBM-TV came along in 1953 did Lee get a show of her own- Mornin' Miss Lee, featuring brand spanking new staff announcer Ray Rayner.  By the early 1960s, audiences  at 12 noon either watched Bozo's Circus on channel 9 or The Lee Phillip Show on channel 2.  Later, the show would be renamed Noonbreak.  Lee's program was a staple of channel 2's afternoon schedule well into the 1980s.  She and her husband, Bill Bell, are the creators of the afternoon soap The Young And The Restless. 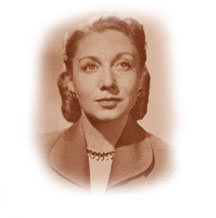 Dorsey Conners, whose prowess with the common clothes hanger is Chicago legend.   Her five minute show (actually 4:26) on WNBQ was timed to the second, thanks to friend Dave Garroway who fashioned a clock for her that ran backwards from exactly four minutes and twenty-five seconds.  WNBQ producer Ted Mills hired her back in 1949.  The effect of her  popularity was clear when an endorsement by Miss Connors would bring thousands in  new sales for the lucky recipient.   and Jim Conway, who had been talking on Chicago television for almost as long as there was television in Chicago and was still  cool enough to feature talented singer/songwriter Bonnie Koloc for two days on his show for WSNS in the late 70's, long before the days of Oprah, Sally, Jerry, and Rosie. 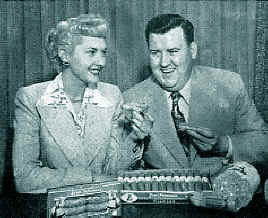 Beginning in 1950, Chicago housewives shared their afternoons with Bob Murphy and Kay Westfall on The Bob & Kay Show.   Both Murphy and Westfall had been familiar to audiences from their radio work.  Their loose and informal program, first on the air at WENR-TV, then WBKB, WNBQ, and again at WBKB became a template for local daytime television.

Chicago's expanse Polish community kept up with current events as well as enjoying the entertainment of their homeland by way of local host Bob Lewandowski on a variety/talk series named after him and one of WCIU's longest running and earliest success stories. We also had Sig Sakowicz, a popular local radio personality for decades, returning to Chicago in the early 80's to host a talk/variety series on WSNS, an unsuccessful last ditch effort by the station to attract an audience before becoming a pay television outlet; Phil Donahue, brought in by Sheldon Cooper from Dayton where he honed his skills on a local afternoon talk fest, became a national celebrity almost overnight when his show premiered on WGN-TV and beamed by satellite across the country taking advantage of WGN-TV's super station status; and a "talk" show (though most people didn't tune in for the conversation) hosted by Playboy Magazine founder Hugh Hefner that aired on WBKB in the late 50's, Playboy's Penthouse, which is not to be confused with a syndicated series that aired some years later, Playboy After Dark.

Much as been said about "The Chicago School of Television" and its style is clearly seen in some of the extremely rare recordings of "Kup's Show" taken from the show's earliest days at WBKB and now archived for posterity at Chicago's Museum of Broadcast Communications. The "Chicago School" also gave us the "open-ended" talk show, enjoyed for years by David Susskind on his late night talk fest, virtually an impossibility today. In this format, guests talked for as long as they wanted and the show continued as long as there were guests to talk. This format had considerable success for Kup's Show during its run on WTTW.

WNBQ aired Stud's Place, where the stage was the local tavern where folks dropped by to chat with Studs Terkel, a name, like Carl Sandburg or Richard J. Daley which cannot be uttered without thinking of Chicago too. For the more "adventurous," WBKB also offered "Passage To Adventure" with Jim Stewart. More a travelogue series than a talk show, Jim would find time to chat with someone who just came back from an African safari or rode the white water rapids and lived to tell about it.  Also at channel 7 in its early days one could tune into Tom Duggan hosting the very first late night talk show airing a year before Steve Allen and his Tonight Show on NBC.  The show was the brainchild of WBKB whiz Sterling "Red" Quinlan. 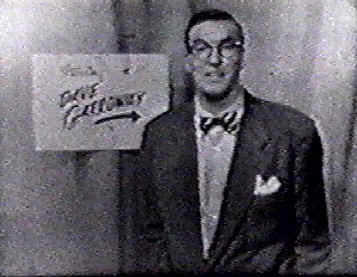 Early risers of the 1950s woke to the laid back folksy personality of Dave Garroway on WNBQ's "Garroway At Large" before he was snatched to New York to be the first host of NBC's "Today" show and to the light hearted and entertaining musings of WENR-TV's "Breakfast Club" with host Don McNeil, a continuation of his long running and popular radio series. In the 1970s, Warner Saunders hosted "Common Ground," a public affairs program on WBBM-TV featured topics as diverse as racism to a chat with entertainer Carol Channing to politics with Rev. Jesse Jackson.

With very few exceptions, most talk shows aired in Chicago today are often excuses to shock, titillate, gross, and expose their guests and their audiences. They are also extremely successful, at least from a ratings and advertising point of view. Studs, Kup, Cromie, and the others never achieved the ratings or the viewers these shlockfests do today. Gone are informative, intellectual, and stimulating conversations with local and national celebrities, politicians, and normal citizens, replaced by mothers who can't control their children having sex, children who can't control their parents taking drugs, and men who only want to wear lace panties and be left alone. Perhaps a sad way of measuring the decline of local talk shows not just in Chicago but across the nation as most of these shows are widely syndicated to other locals stations across the country.

Section Three of THE VIDEO VETERAN continues.  Be a kid again when you reminisce about your favorite children's shows like Bozo's Circus, Noontime Comics With Uncle Johnny Coons, B.J. & Dirty Dragon, The Jobblewocky Place, Super Circus, and many more.  Click on CHICAGO CHILDREN'S TELEVISION.  Who says you can't go back?  Remember turning down the lights, locking the doors, and sitting maybe just a little too close to the TV on Saturday nights?  It was time for Shock Theatre with Mad Marvin.  How about that eerie Henry Mancini theme playing over a montage of classic Universal horror movies on Creature Features?  We laughed more than we were spooked on Screaming Yellow Theater with Svengoolie.  Read about a dying local television tradition in CHICAGO HORROR HOSTS.  You can also jump to Section Four SHOWCASE where you may recognize some old friends, ads, and logos.  And of course clicking on the WEBMAP is the crossroads to everywhere on the site.