If I had to put a date to when I first became interested in broadcast history, it would have to be in August of 1964.  While sitting about three feet in front of our Motorola black and white set with the knobs on the side of its Jetsons-like metal cabinet and twin telescope antennae sprouting from the back (my parents constantly warned me of the dangers of sitting too close to the TV- I ignored them), I was informed by an unseen voice from that day forward, channel 5- WNBQ would be known as WMAQ-TV.  Up to that point, being just a little tyke, all I ever was concerned about was what channel number I wanted to watch.  I was only concerned with  channel 9.  My favorite shows- Bozo and Garfield Goose were there.  I wasn't concerned too much about anything else.  But with this unexpected announcement something clicked inside and I had to know more.  I thought to myself  'Wow these numbers have "names!"  What do they mean?  Why do they all start with "W?"  Why does one have only three when the others have four?  Was channel 9 special?

As I grew older, the obsession got worse.  How I remember mornings leaning over a big bowl of Alpha-Bits and spelling out "WBKB," "WFLD" "BOZO" but as hard as I tried I could never get "Lewandowski!"  I kept it to myself.  Once  a nun busted me for doodling the "circle 7" logo all over my notebook.  I was sure my secret would be out.  In high school, without second thought, I joined the school's FM station WMTH-FM (then broadcasting on 88.5 Mhz) and enrolled in the first of four years of radio and television production.  It is here, during my high school years, that my interest with Chicago broadcast history begin to fully develop.  Now armed with various trade journals, including the coveted "Broadcasting Yearbook."  I absorbed myself in the different histories and discovered new information.  Stations that no longer existed or operated on channels no longer used in the area, all the while making lists and lists and lists. 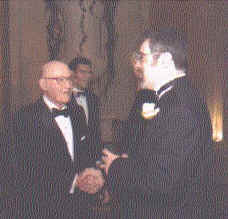 Come the web and suddenly I have a forum where I can dump all this information and share with others what I have enjoyed for years.  What began as a small personal web page on Prodigy has evolved into what you have here.  I hope you enjoy it. 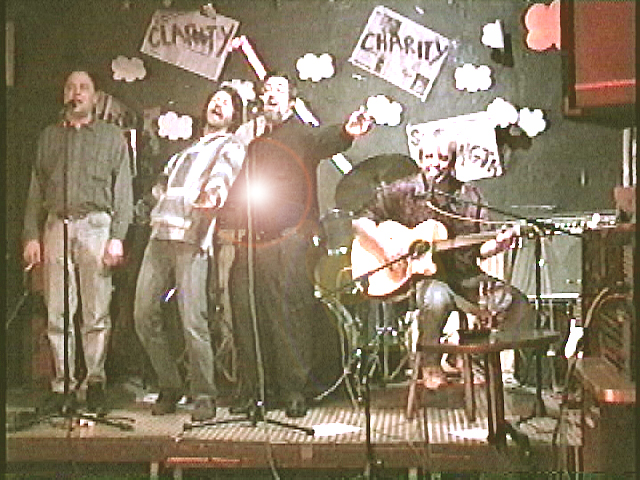 Since 1997 I have owned and operated a small digital recording service called Cybersoundz Ltd.    Later I expanded the business to include audio restoration- making old 78s and vinyl sound new again.

In my spare time I write songs, play the bluzoo and perform with a small circle of life-long friends as The Styrofoam Oh Yes Band and sometimes 2GuysGone.  I am a member of The Chicago Songwriters Collective, BMI, and The National Association of Songwriters.

RETURN TO THE WEBMAP