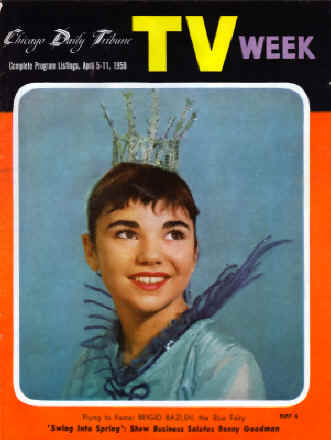 She first caught the attention of Chicago television viewers at the tender age of seven when she landed a role on Hawkins Falls, Population 6200 in 1951.  The part would last 2 1/2 years.  In 1958, WGN-TV launched The Blue Fairy with Bazlen chosen for the title role.  One of the station's first two children's programs produced in color (the other was Garfield Goose & Friend, which the station had recently purchased from Personality Features and moved from WBKB Channel 7 in 1955).  Children lucky enough to have parents who bought color TVs watched in awe as Bazlen, dressed in a blue satin fairy costume descended to her toddler studio audience of about a half dozen.

Born June 9, 1944 in Fond du Lac, Wisconsin, show business was part of Bazlen's bloodline.  The daughter of the late retail executive Arthur Bazlen and Chicago Tribune newspaper columnist Maggie Daly.  Daly was initially against the idea of her daughter working in television but relented when, after agreeing to a "walk-on part," saw the positive response to her role as the daughter of the Hawkins Falls main characters portrayed by Maurice Copeland and Bernadine Flynn.  It was a decision that launched Bazlen's brief career.

The Blue Fairy was the creation of producer/writer Don Kane and former actor George Nelle, who brought to the series such puppet characters as Tugnacious R. Jones and Myrtle Flower, and scribed the words of wisdom that the Blue Fairy would sermonize to her young charges (such as "drink all your milk" and "always tell the truth").  No matter if you were sitting on a oversized mushroom in The Blue Forest or at home inches away from the screen (despite your parent's constant admonishment that you will go blind for sitting too close to the TV), Bazlen's beguiling personality was mesmerizing.

But you didn't have to be eight years old to appreciate it, the Peabody Committee said as much when it presented the series with one of its distinguished awards in 1958.  Although the program was only seen locally on channel 9, the honor brought the series, and Bazlen, to national attention. Offers poured in from all corners of the entertainment world.  Oscar and Hammerstein wanted her to co-star with Mary Martin in their theatrical version of A Sound of Music, while in Hollywood, Otto Preminger let it be known that the tiny 87 pound actress was being considered for his upcoming production of Exodus.

But Maggie Daly turned those, and more down and, in 1959,  agreed with executive producer David Susskind for her daughter to have a starring role  in Too Young To Go Steady, a short-lived live drama airing on NBC and locally on WNBQ.  The series also starred Joan Bennett, who in 1966 would star in the ABC horror soap Dark Shadows.  Bazlen played her daughter Pamela. 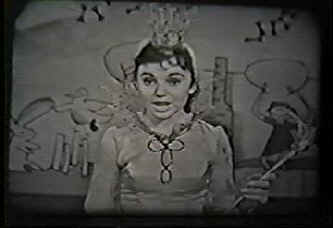 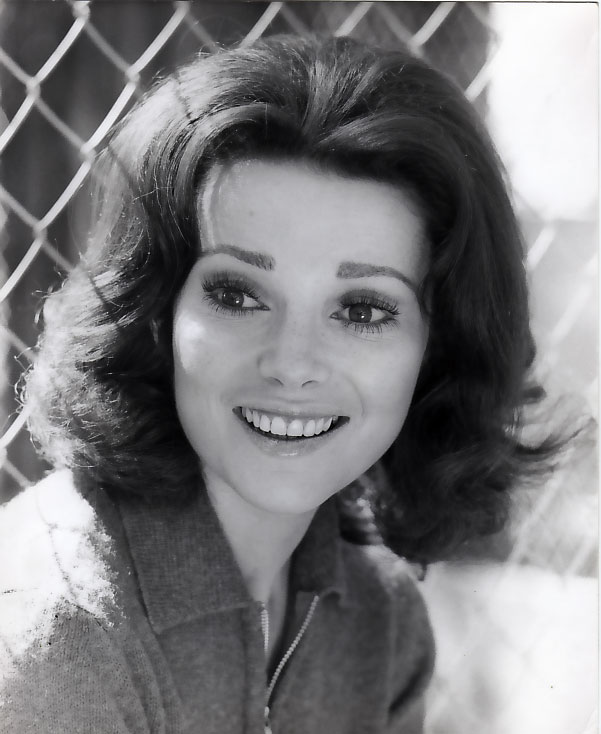 Presented in publicity circles as "the American Bardot," "the next Elizabeth Taylor," and "the Celtic 'Alice in Wonderland'," (the latter as declared by nationally renown columnist Hedda Hopper), Brigid Bazlen finally made it to Hollywood when her mother approved her daughter's casting as Salome in the 1961 MGM production of King of Kings, a role about as far from The Blue Fairy as one could get.  According to a 1962 interview by Peter S. Haigh for the British film magazine ABC Film Review, when asked why she was chosen for such a seductive role, Bazlen said "A fantastic amount of research went into King of Kings and it seems that Salome with in her 'teens when she demanded the head of John the Baptist.  She may well be the first juvenile delinquent on record.."  Later during the same interview, she commented "Some people are surprised that I used no veils in my dance, but it is a false assumption that Salome did a strip tease.  I had to form my seductive charming of Herod with a pure Oriental-African dance movement of the period."  Bazlen's daughter Marguerite remembers her mother being extremely proud of the role and her performance.  Comments made even more significant due to the fact that Bazlen rarely spoke of her show business career later in life.  But Bazlen's performance was panned by critics at the time.   Years later these original criticisms were deemed unfair and her performance has since been hailed as one of the high points of the film.  Sadly though they came after Bazlen's passing.

Bazlen's second film role (as part of her three film MGM contract) was The Honeymoon Machine (actually released before King of Kings) in which she played the daughter of an American admiral in love with co-star Steve McQueen.  Her final film, released during the same year was a small part in How The West Was Won, in which she appeared as the daughter of Walter Brennan.  MGM chose not to renew her contract (ostensibly due to the negative criticisms of her King of Kings performance) and Bazlen returned to Chicago. 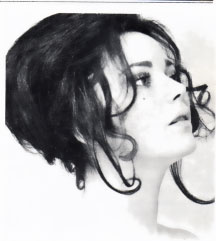 In 1966 Brigid Bazlen married popular French crooner Jean-Paul Vignon and less than a year later daughter Marguerite was born.  "I was sort of a surprise," Marguerite said during a June 9, 2007 interview with The Video Veteran (which coincidentally would have been Bazlen's 63rd birthday), "Mom had been led to believe that she probably wouldn't be able to get pregnant.  In fact, she was four months into the pregnancy before she realized it."  But miracle baby or not, it was clear to both of them that they could not continue living together and divorced after only a year of marriage.  In fact she had made such an impression, Vignon never married again and was devastated at the time of her death even though the two hadn't seen each other in twenty years.  Bazlen became a single mom with Marguerite splitting time between her mother and grandma Maggie Daly.  Marguerite remembers her grandmother as a bigger than life "Auntie Mame" sort of character, surrounded by show business types and living in hotels.

She also remembers her mother (who passed away when Marguerite was only 21) as a very private person who, as mentioned earlier, spoke very little of her past- "She was very kind-hearted, very fair, emotional .  Not affectionate, as kind-hearted as she was, she was not a touchy feely kind of person."  She also recalls her mother being a very witty person with a dry sort of sense of humor.  Bazlen's reluctance to talk about her early years could be attributed to her shyness.  Says daughter Marguerite:  "Whenever one of her movies would air, she made sure we all went out for dinner so we couldn't stay home and watch!  It wasn't that she was embarrassed by it but I think once she left that world she was shy about it.  She was very proud of her work on The Blue Fairy." 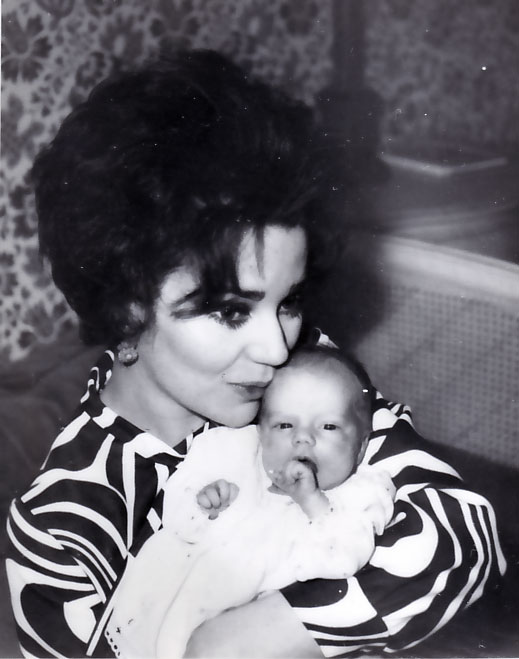 Bazlen married briefly a second time to Nashville session player/producer Marlin Greene but later separated and eventually divorced after roughly seven years.  The two remained close to the end of her life.  "He was definitely the love of her life.  I don't remember when exactly what year they were married but they were together from the time I was about five until I was about eleven or twelve.  He was in the record business and that's how she met him.  But it was kind of on and off.  After they separated, my mom and I moved back to Chicago but later she moved to Seattle to be with him.  I stayed with my grandmother because I was going to school.  Eventually my mom moved back to Chicago."

In the early 1970s, Bazlen couldn't keep the show business bug away and soon began appearing in Chicago dinner theater plays including a July 1970 performance of Nobody Loves An Albatross in the role of Jean Hart and playing opposite actor Gig Young.  She later performed in Under The Yum Yum Tree and Once More With Feeling.   In 1972 Bazlen returned to television, albeit briefly,  for the first time since The Blue Fairy in the role of Mary Anderson on the daytime soap Days Of Our Lives.

The final phase of  Bazlen's life was spent caring for her mother, Maggie Daly.  Daly suffered from a tumor on her left leg which eventually resulted in the leg being amputated below the knee.  A heavy smoker and a 10 cup a day coffee drinker much of her adult life, Bazlen's health began to decline going into her mid forties and on  May 25, 1989 she passed away.  She was 44 years old.